The Antonio Dalle Nogare Foundation will be closed to the public from July 24 to September 1, 2022. For reservations: visit@fondazioneantoniodallenogare.com

“2, 11, 47” is the title of the solo exhibition of Olivier Mosset (b. Switzerland, 1944) at the Antonio Dalle Nogare Foundation in Bolzano.

The title is named after three key numbers in the concept and layout of the exhibition.

The number 2 refers to the surfaces on which the exhibition is displayed, 11 is the total number of works exhibited and 47 is the range of years represented.

In fact, the eleven works displayed range from 1970 to 2017, touching on some of the most important moments in the artist’s career and presenting an effective overview of his production.

This is clearly a very small selection of the prolific career of this artist, whose astute and provocative approach to painting put him at the forefront of contemporary art from the late 1960s to the present day.  Coloured surfaces, circles, matter and an obsessive repetition of geometrical patterns trace the various stages in Mosset’s career: a radical and dynamic body of work that refutes subjectivity entirely.

Founder of the BMPT group in Paris, along with Daniel Buren, Michel Parmentier and Niele Toroni, Mosset criticised the spectacular and self-conscious nature of the new avant-garde. He put consolidated ideas of artistic authorship and originality to the test in order to make art more accessible and to emphasize the importance of the artwork rather than the artist. Having moved to the USA in 1978, he began working on a body of monochrome paintings that had a huge impact on the neo-geo painters that emerged in the 1980s. By remaining within the limits and particular concerns of painting and through his understanding of sensuality and the physicality of colour, Mosset’s work was bound impeccably to the network of institutional relationships that are at the heart of our encounter with art.

“2, 11, 47” is structured like a small solo exhibition, a non-linear narrative that progresses in leaps between the fundamental stages in the career of one of the most influential concept artists in the last 50 years.

Olivier Mosset was born in 1944 in Bern, Switzerland; he lives and works in Tucson, Arizona. Mosset is best known for his series of monochrome paintings, each featuring a black circle, of which he produced hundreds. Associated with conceptual abstraction, Mosset’s works represent pure color and shape, inciting open-ended physical experiences of surface, scale, and pattern. He was a member of the BMPT art collective in the 1960s, a Parisian group dedicated to interrogating ideas about creative authorship. BMPT believed that the art object itself was more relevant than its creator. Mosset is also well known for his sculptures and installations. 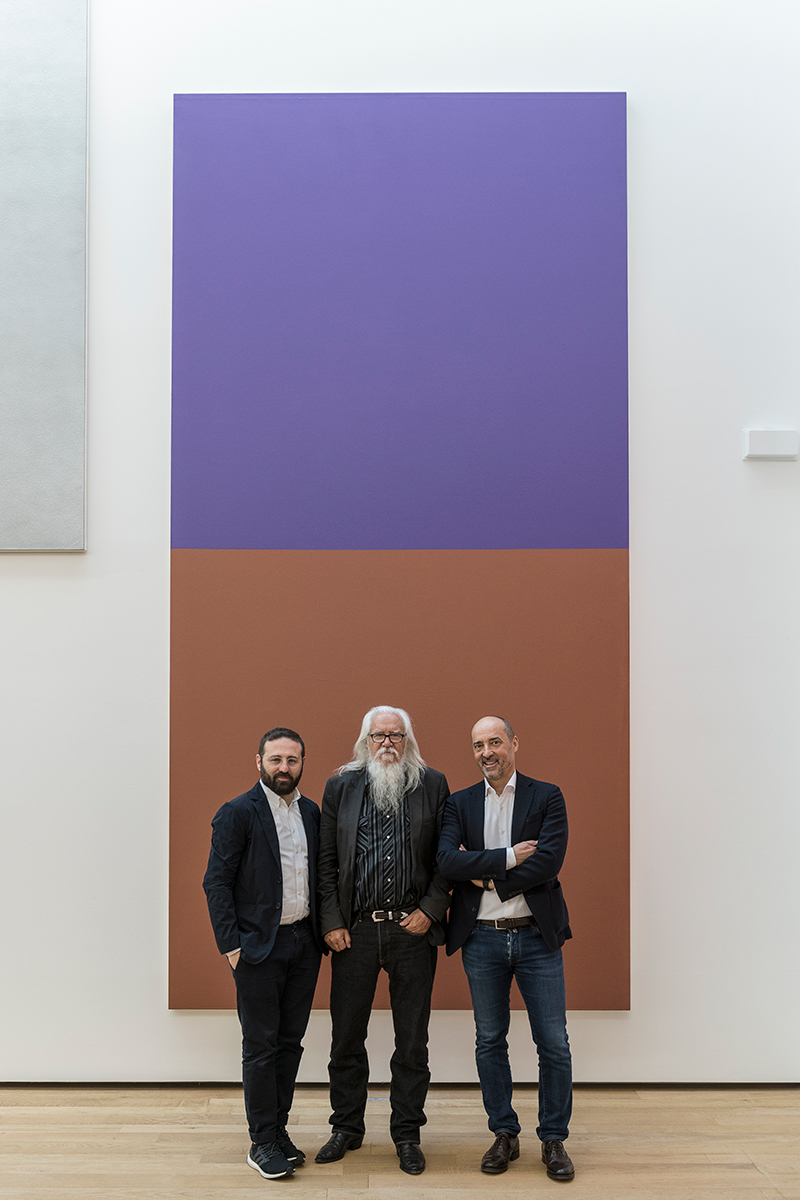 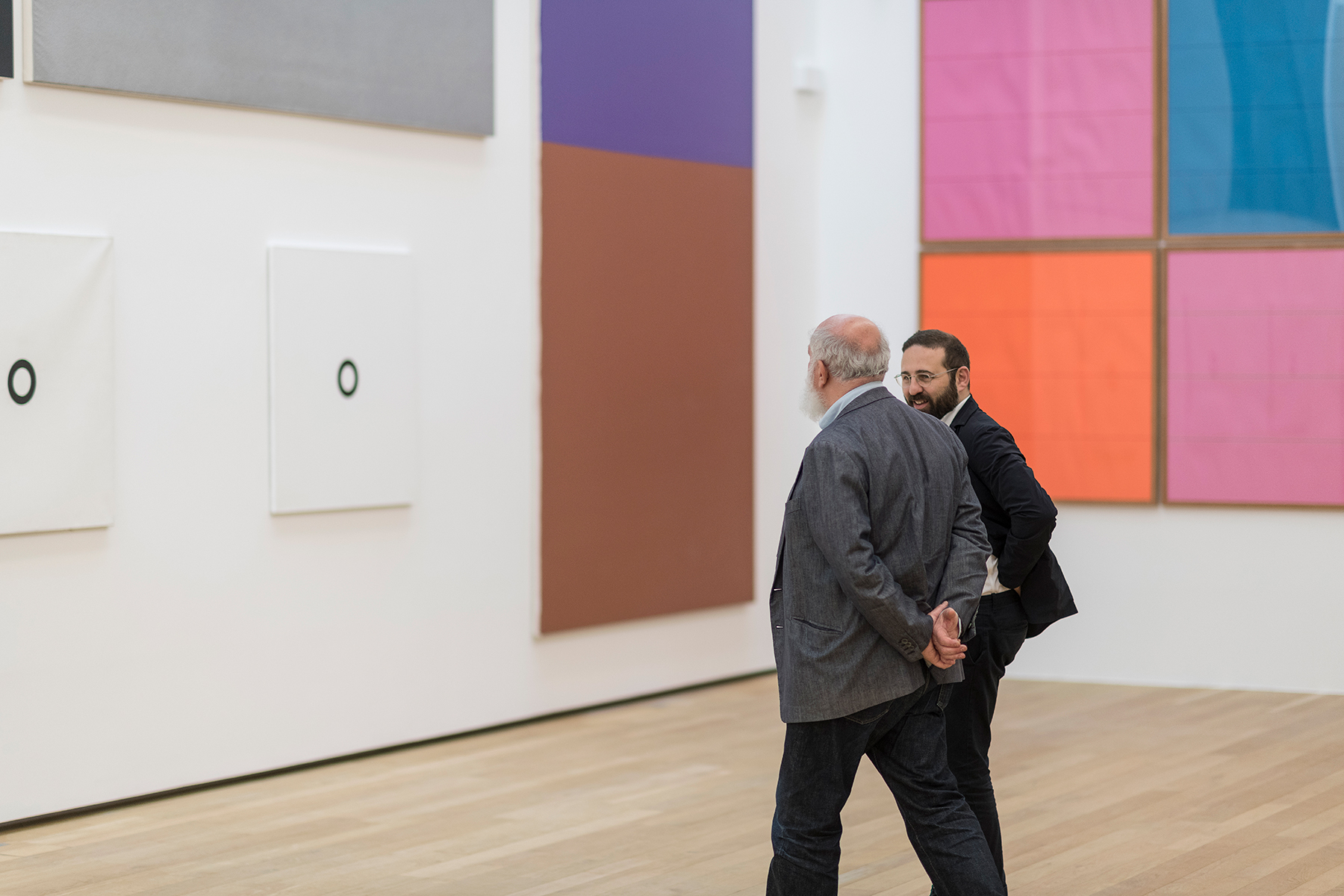 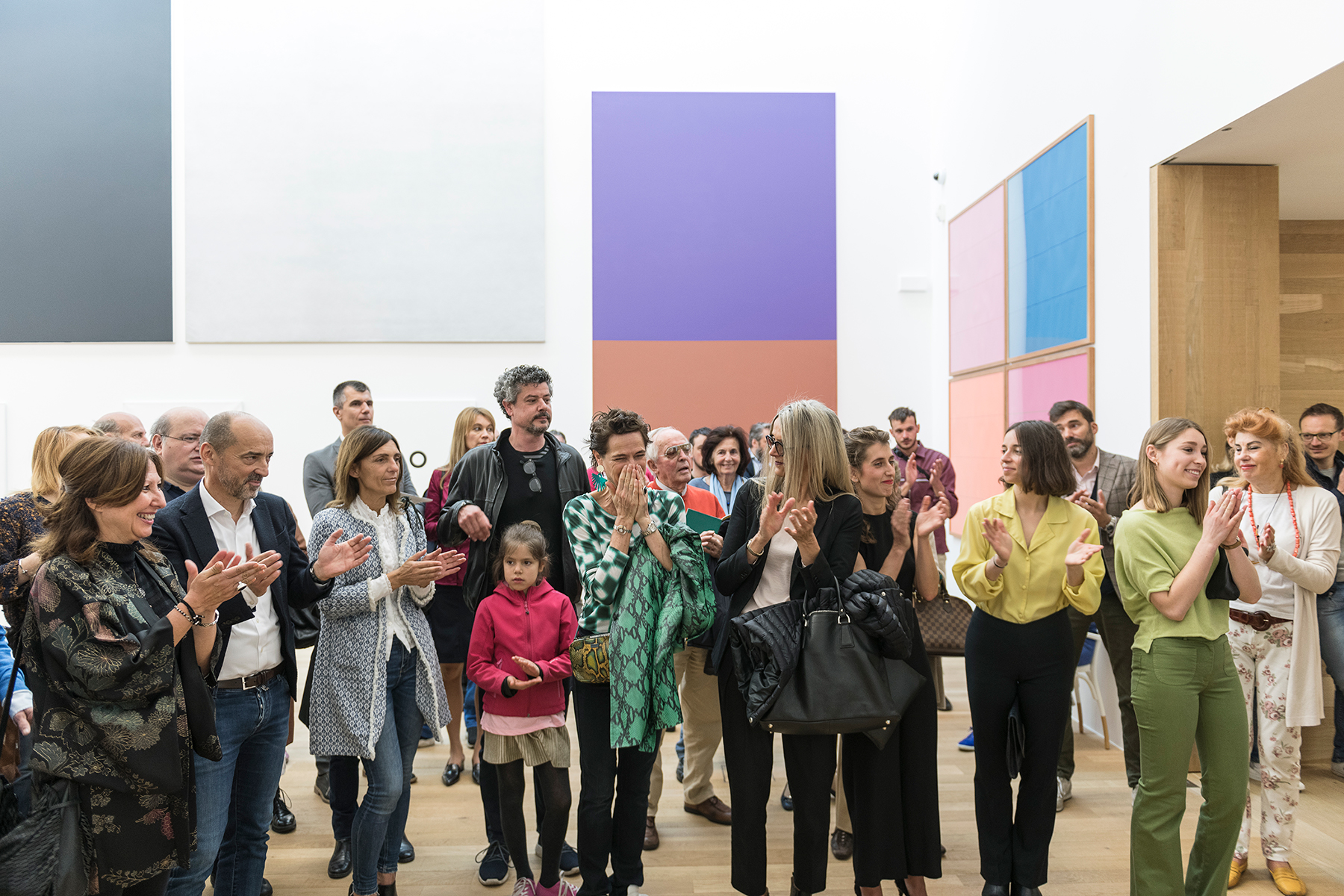