Dawn Kasper
& sun & or
THE SHAPE
OF TIME

“& sun & or THE SHAPE OF TIME” is the title of the installation which was activated by Dawn Kasper on the evening of the 30th January 2015 at the foundation.  The performace is enriched by a complexity of sounds, actions, movements and dances, which find inspiration in various works by John Cage, Robert Filliou and Michael Clark.  Even the title of the performance was created uniting two different elements: a poem by Edward E. Cummings, „& sun &“, from 73 Poems; and „The shape of time“, the title of the second chapter of Stephen Hawking’s scientific book „The universe in a nutshell“, which tells about the shape of Time as developed by Einstein’s relativity, and how this comes together with the modern quantum theory.

Kasper’s work aims to analyze how the dimension of Time can be perceived through the use of different means such as poetry, music, video, photography and painting.

&sun& or THE SHAPE OF TIME 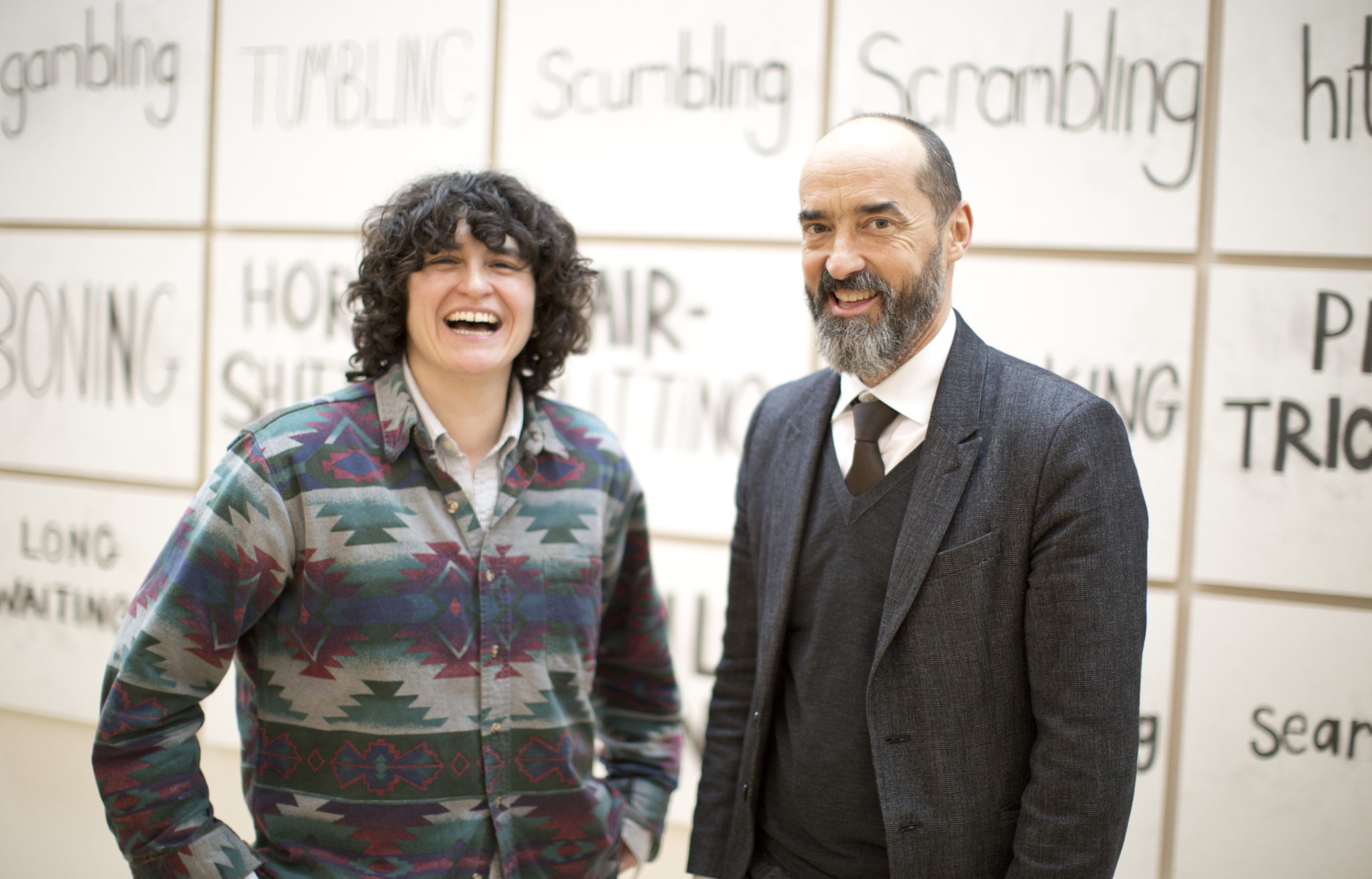